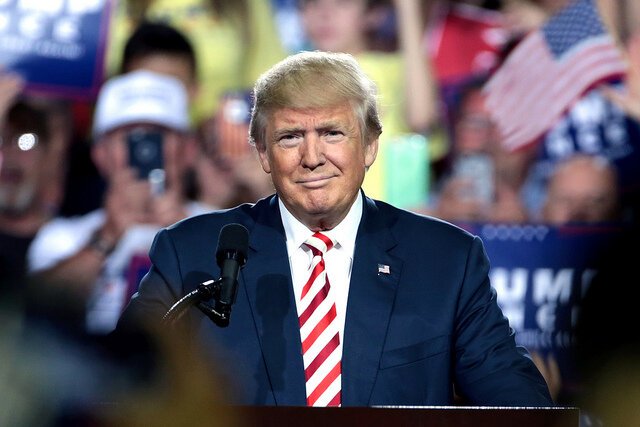 In late August, it came to light that the Trump administration had created a Marijuana Policy Coordination Committee. The goal of this committee is to work towards preventing the legal distribution of marijuana. This Marijuana Policy Committee has instructed 14 different federal agencies, including the DEA. These government agencies submit data reports highlighting “negative trends” and “possible threats” that marijuana poses to the health and well-being of the American people.

During Trump’s run for the presidency, marijuana legislation wasn’t a hot topic on his radar. When the issue was addressed, Trump indicated that he would leave most decisions on cannabis legislation to the states. In June, he announced the support of bipartisan legislation in Congress that would allow individual states to maintain primary control of cannabis law. However, and to perhaps no surprise, there have been constant contradictions between the words of the president and the actions of his administration.

According to a report from Buzzfeed News, the White House administration has instructed the new Marijuana Policy Coordination Committee to build upon the idea that, “the prevailing marijuana narrative in the U.S. is partial, one-sided, and inaccurate.” Furthermore, an administration official provided a summary to the initial committee meeting, stating that “if the administration is to turn the tide on increasing marijuana use there is an urgent need to message the facts about the negative impacts of marijuana use, production, and trafficking on national health, safety, and security.”

In an interview with Buzzfeed News, the Deputy White House Secretary indicated that the formation of this committee is all a part of a “deliberative process to craft the President’s policies on a number of important issues facing the American people, and ensure consistency with the President’s agenda.” Essentially, those who have supported the current administration due to it’s lax approach to cannabis legislation appear to be getting set up for a bait-and-switch.

Despite the seemingly lax approach the President Trump has maintained in his stance on cannabis legislation, his administration wields the true power in crafting not only the President’s views on the issue, but the legislation that effects the future of state and individual freedoms.

“We need grown-ups in charge in Washington to say marijuana is not the kind of thing that ought to be legalized, it ought not to be minimized, that it’s in fact a very real danger,” Sessions stated during a Senate hearing in April. He continued, stating ““knowledge that this drug is dangerous, you cannot play with it, it is not funny, it’s not something to laugh about, and to send that message with clarity that good people don’t smoke marijuana.” One could make the argument that this narrative sounds suspiciously like the directive given to the Marijuana Policy Coordination Committee.

Sentiments like this could not put the current administration more at odds with the American people. According to polls conducted by Quinnipiac University, 63% of voters support the legalization of cannabis, which is the highest level of support they have ever recorded. Meanwhile, this administration’s policies look to push us back to towards prohibition.