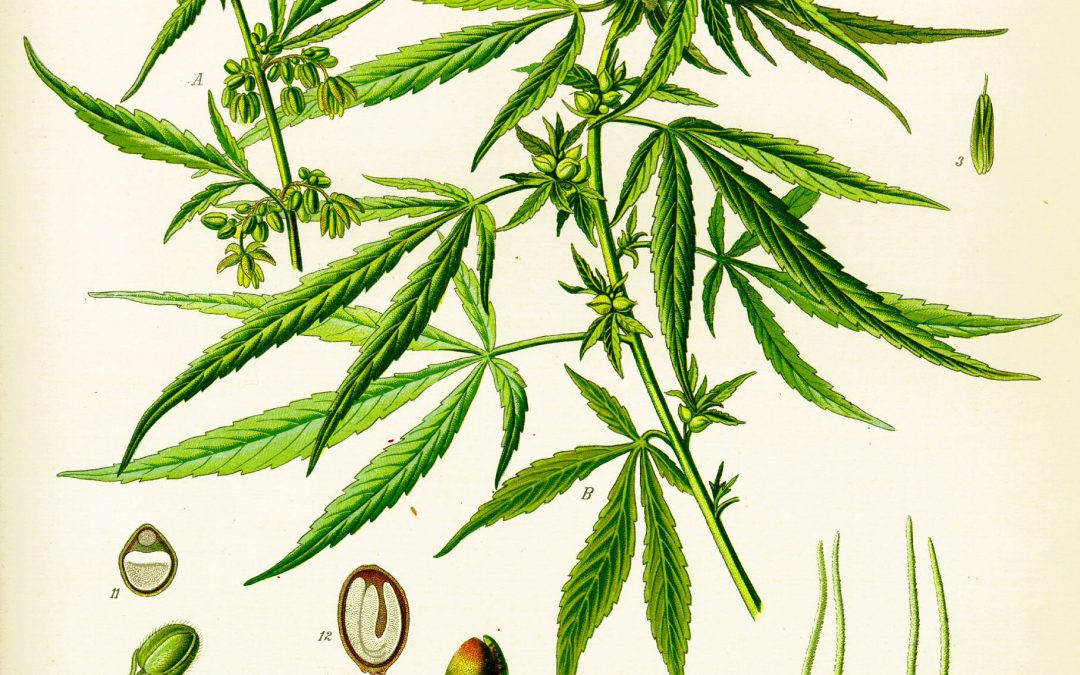 Believe to have first evolved 20 to 30 million years ago, Cannabis was first utilized in Asia. For the past 12,000 years, it is believed that humans cultivated marijuana for a variety of different uses. The Chinese emperor Shen Nung first wrote about the psychoactive properties of marijuana in the year 2737 BC. Vikings and medieval Germans also utilized the plant for anesthetic, medicinal and spiritual purposes.

Cannabis first found its footing in North America during initial colonization, with the Spanish first bringing the plant to the new world in 1594. Marijuana’s properties we found to have a multitude of uses, with it’s strong fibers being utilized in the creation of rope, paper and more. Marijuana had even began to replace cotton as the money-making crop of the south by 1890. Throughout the 19th and 20th centuries, cannabis was utilized as a patent medication throughout the US. First described in the United States Pharmacopeia in 1850, cannabis was listed as an effective treatment for labor pains, rheumatism and nausea. Marijuana products and tinctures were sold in pharmacies across the US, until the prohibition of marijuana began to take effect in the 1930s.

One of the divisive aspects of the cannabis is whether or not there is more than one species. The popular viewpoint on this issue breaks marijuana down into not different species, but different subspecies of the same plant. The three main subspecies are Cannabis Indica, Cannabis Sativa and Cannabis Ruderalis.

Cannabis Sativa was first classified in 1793 by the Swedish botanist Carl Linnaeus. Featuring a higher level of the cannabinoid THC, Cannabis Sativas tend to produce more psychoactive and mind-altering effects. Sativa plants usually grow to around 6 feet tall, with a flowering stage of between 10 and 16 weeks.

Indicas usually contain higher levels of the cannabinoid CBD, known for its restorative properties. Typically characterized for its “body high”, Cannabis Indica is utilized for those suffering from insomnia, anxiety and chronic pain. Indica plants are typically characterized by their broad, short leaves and their buds tend to be a dense, dark green.

Cannabis Ruderalis typically features low levels of THC, which makes in a perfect candidate for creating hybrid strains. First classified in 1924 by the Russian botanist D. E. Janischewsky, the Ruderalis subspecies is native to parts of Europe and central Asia. Ruderalis plants are short, typically only growing 1 to 2.5 feet high. The plant automatically flowers after only 21-30 days.

How Does Cannabis Affect The Brain?

The receptors in the brain that respond to marijuana are known as the CB1 and CB2 receptors. These receptors for THC were first discovered by Allyn Howlett in the 1980s.

CB1 receptors can be found in high concentrations within the brain, and in lower amounts elsewhere in the body. Meanwhile, CB2 receptors feature a more restricted distribution. CB2 receptors are primarily found in immune cells, with a few being located within neurons.

THC has more of an effect on CB1 receptors, leading to its playing a direct role in the psychoactive effects of cannabis, as well as memory, mood, and sleep. CB2 receptors are found to be more responsive to the CBD cannabinoid, promoting healthy immune responses and reducing inflammation throughout the body.

Both the CB1 and CB2 receptors are the main components of the Endocannabinoid System (ECS). First discovered in 1990 by an Israeli researcher by the name of Raphael Mechoulam, the ECS controls the regulation of our cannabinoid receptors, which respon to the body’s own naturally produced cannabinoids, as well as plant based cannabinoids like THC and CBD. Some of the capabilities of the ECS include pain regulation, the promotion of neurogenesis, and disease prevention.